"Confidence in Motion" is the Subaru global brand statement.

Subaru is driven by its own vision of what mobility should be, never aiming to be all things to all people. Incorporating technological ingenuity and engineering excellence, Subaru is about having the confidence and peace of mind to go anywhere, anytime. 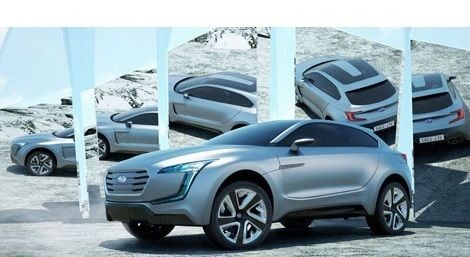 The Origins of Subaru

Subaru is the Japanese name for Pleiades, a collection of stars which form the shoulder of the Taurus constellation. Six of these stars are visible to the naked eye, but through a telescope approximately 250 bluish stars can be seen. Subaru is also the Japanese term for ‘unite’.


Today, FHI is still actively involved in the aeronautical industry, its activities include helicopter construction for the Japanese Defence Force and Coast Guard. FHI is the only attack helicopter manufacturer in Japan, and has also played significant international aeronautical roles as the company built the centre wings for the Boeing 777 and 787 Dreamliner airliners.

Subaru Southern Africa is wholly owned by Toyota Tsusho Corporation Japan and local subsidiary Toyota Tsusho Africa. The brand is represented by 18 dealerships and service centres in Southern Africa, with well over 15 000 Subaru vehicles on Southern African roads. Headquartered in Gauteng, the company employs close on 100 people who support the brand and its network in the areas of sales, marketing, technical, parts, finance, human relations, IT and administration.


Celebrating 28 years in South Africa since 1992, Subaru in Southern Africa stands for enjoying life through exploration and continually embarking on fresh adventures.

Visit www.sacoronavirus.co.za to find out more about COVID-19